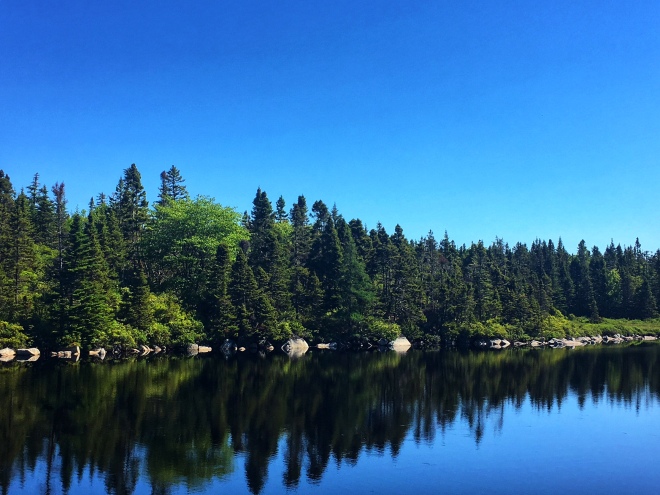 A weekend day trip from Halifax opens up a whole other world of great food, unforgettable sights, and pure Nova Scotia. This two-day trip covers the highlights of west-central Nova Scotia from the dangerous tides of Peggy’s Cove to the Bluenose II in Lunenburg and finishing up sipping Nova Scotia wine in Wolfville at vineyards with water views. 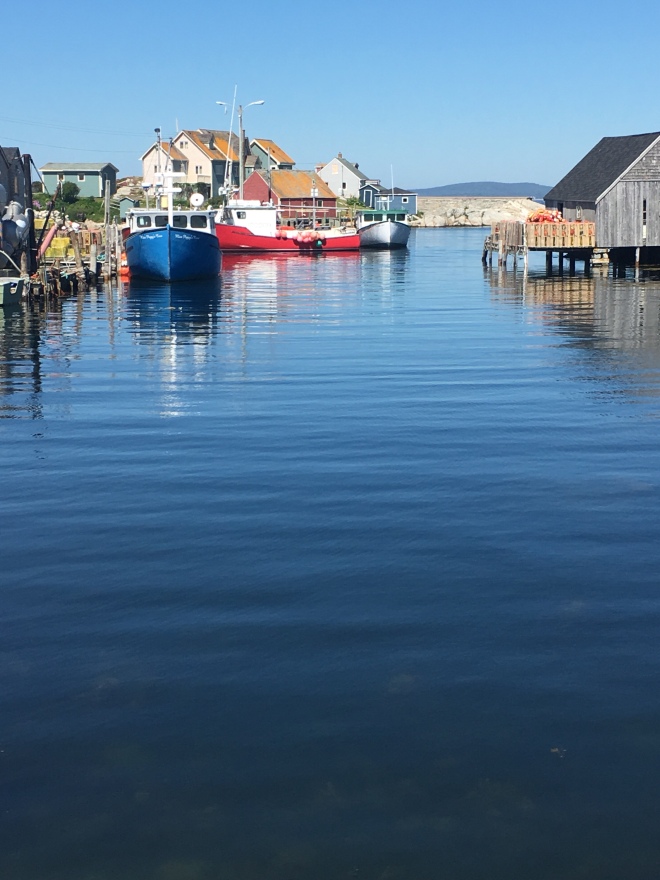 The drive from Halifax is just under an hour along a windy road with royal blue inlets of the North Atlantic spraying salt water into the air. The air cools from the temperature in the Halifax, but during the summer, it is still warm. Vibrant are the dark greens of the conifers alongside the dark blue waters of the shore. It’s hard not to stop for pictures along the way, but before you know it, you’ve arrived in the fishing village of Peggy’s Cove. 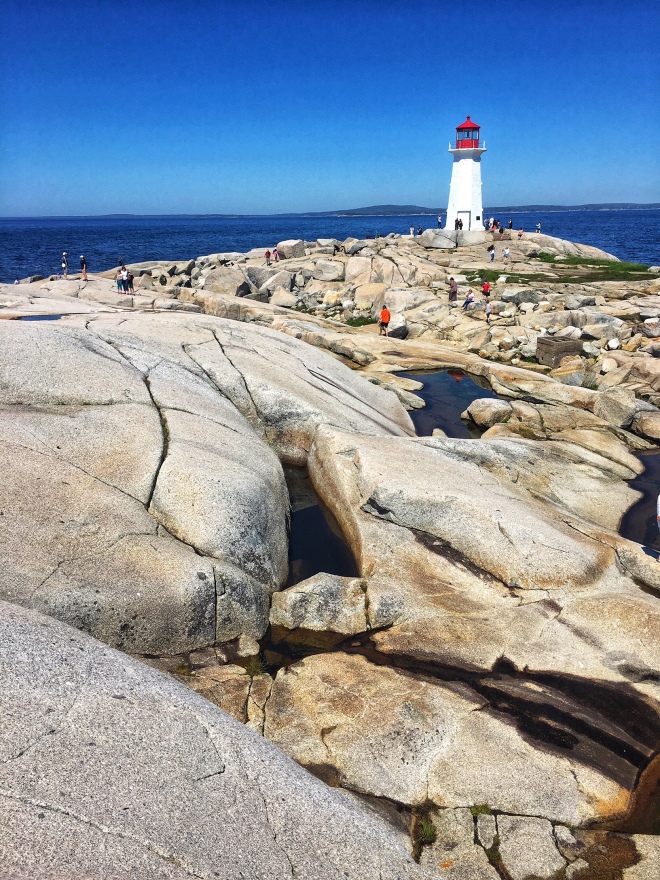 Peggy’s Cove is a “must see” in Nova Scotia. The stark white-bodied lighthouse with a vibrant red top evokes the red and white of the Canadian flag. The rocky shore is smooth from being subject to the powers of the blue northern Atlantic Ocean. 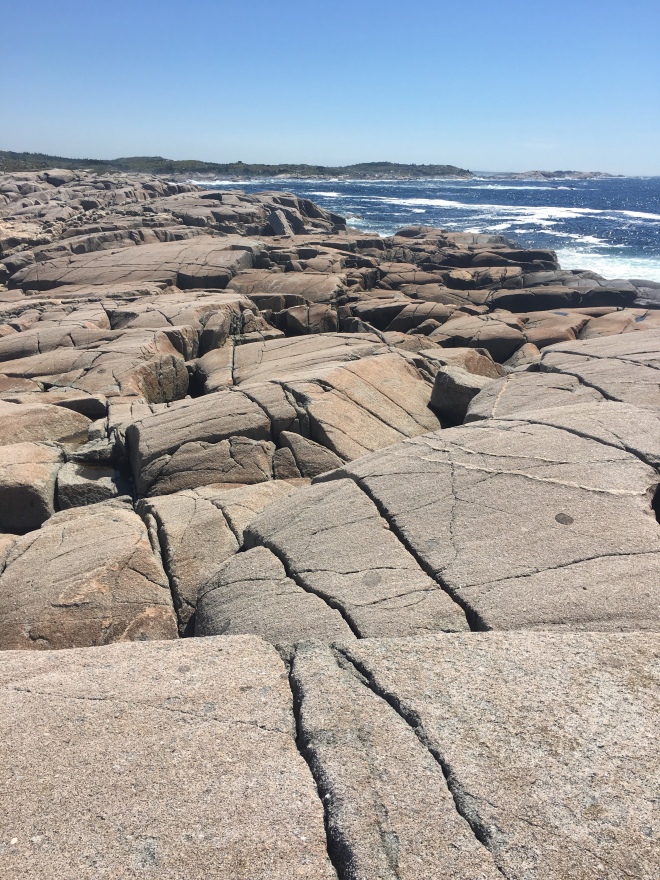 And the signs are everywhere to watch for dangerous waves as there are more than a handful of pictures online showing the height of waves reaching the top of the lighthouse during a winter storm. The best part of Peggy’s Cove is walking along the stones, climbing on the cliffs, and having a nice picnic lunch against a picturesque backdrop.

Pro tip: come early in the day before the tour buses and if arriving during the summer, bring sunblock. That sun is closer than you think!

For history buffs, this is a key stop in Nova Scotia as it represents a (non Beatles) British Invasion. Now a UNESCO World Heritage site, this port city was created as a British outpost against the Acadian Catholics and the Mi’kmaq First Nations, which were both allied with France. Pointedly, Lunenburg became a point of contention in the French and Indian War and even in the Revolutionary War when American privateers sailed north and laid attack to the Canadian loyalists and then again in the War of 1812. 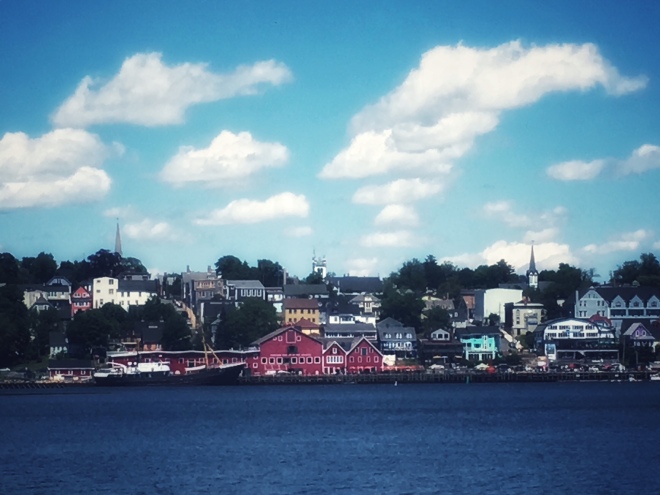 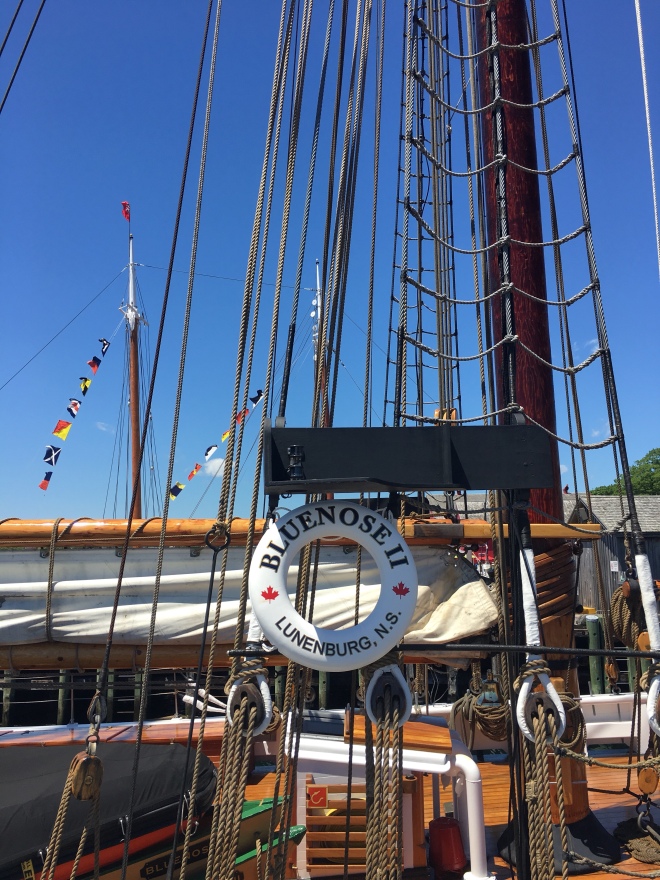 Highly preserved, the city is a wonderful spot to hang out overnight. The streets are colorful, shops are plenty, and the fish is fresh. Stay and play. 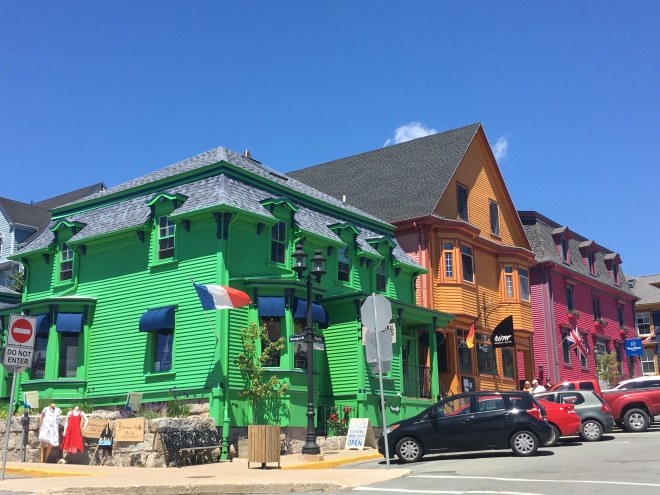 A drive through the Annapolis Valley from Lunenburg, Wolfville is a small town along the Minas Inlet along the north shore of Nova Scotia. It’s a quant town with a lot of great restaurants to try, but the reason for the trip here are the wineries. It will surprise you to know that Nova Scotia produces high quality wine and is doing so in a challenging conditions. The best of the best are here: Benjamin Bridge (sparkling) and Luckett Vineyards. The Benjamin Bridge sparkling is dry and complex and is one of Canada’s best wines. The Luckett Tidal Bay is delicious and a Nova Scotia original. Sip and enjoy the views from each. 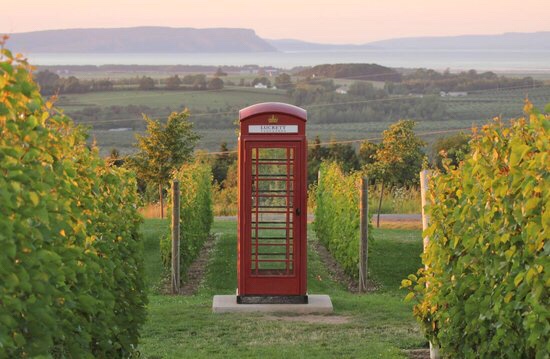 Getting outside of Halifax has its rewards. This itinerary is perfect for a relaxing two-day excursion.