Dinner at Restaurant Paul Bocuse, a twenty minute drive outside of central Lyon, France, is a symphony, ballet, and opera all rolled into one without the stodginess of having to stay quiet. Here, the oohs and ahhs are appreciated, indeed, demanded. If you ever wanted to experience in real life that unforgettable scene from Disney’s Beauty and the Beast – the animated version – “Be Our Guest,” for this is the place. The moment you step inside, every single person wearing a tails and a pin featuring Paul Bocuse’s likeness, will greet you… “Bonsoir.” And so here we are, where Lyonnaise French cuisine began and so many accomplished master chefs have come through, Paul Bocuse, the legend and Restaurant Paul Bocuse, the “high temple.” 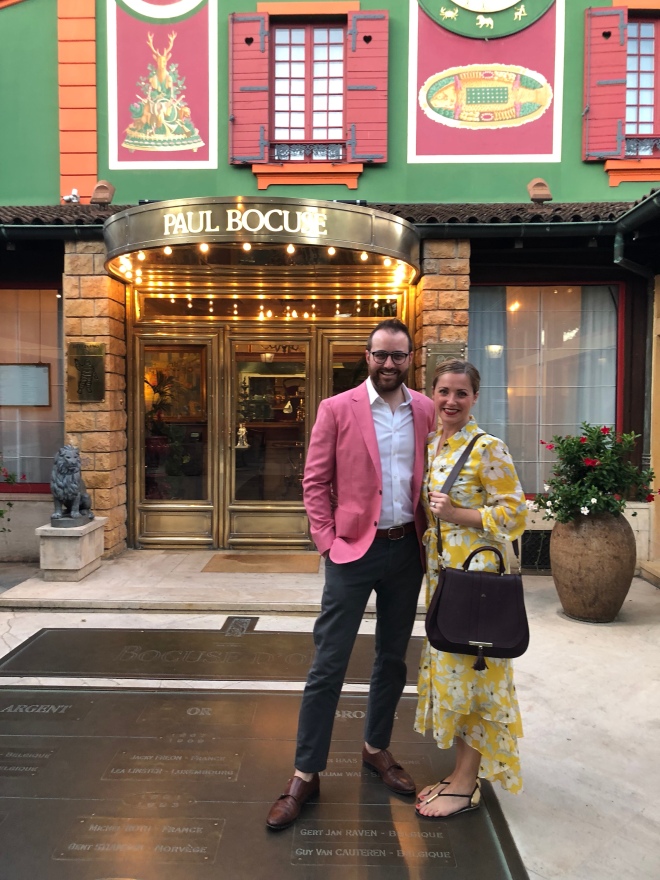 The Michelin Guide gave Paul Bocuse three stars in 1965 and he has kept all three ever since. Today’s guide describes it as “a high temple of tradition and old-style service, which is oblivious to passing trends.” Is it ever. While Chef Bocuse passed in January 2018, he’s ever-present: from the garish green and hot pink exterior with his name in lights to the over-the-top “Paul Bocuse” signature-themed everything (butter dishes, plates, cookware, books).

The dinner service is the stuff of miracles. The menu comes with options for number of courses. The amazing thing is that the quintessential Paul Bocuse remains on the menu, decades later, from the Truffle Soup served to the French President in 1975 with a bulbous puff pastry floating on top of the soup bow, to the Sea Bass Stuffed in Puff Pastry, in which the puff resembles the outside of the fish scales and all, to the Bresse Chicken Cooked in a Sheep’s Bladder. These are the dishes that must be perfect every night, year-over-year, decade-after-decade. We had the scallop of fois gras, quenelle of pike and crayfish, sea bass in puff pastry, cheese and dessert. 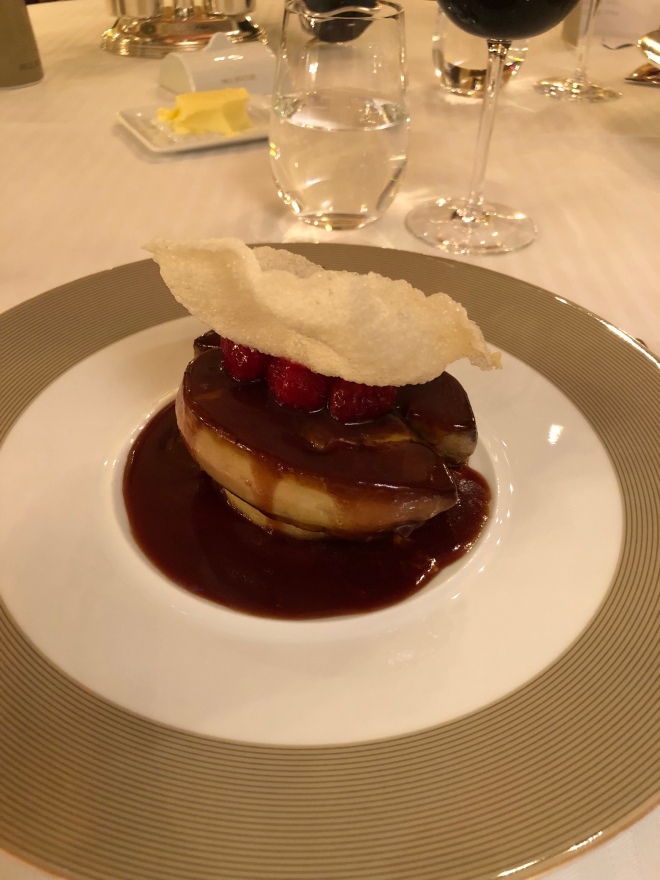 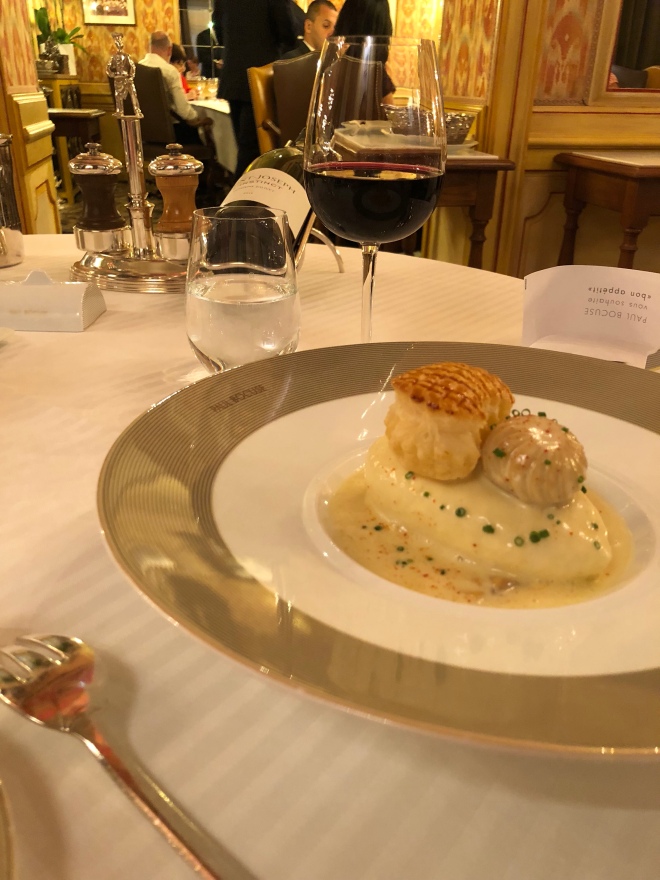 In addition to the amazing food, the service remained at the highest standards just as we walked in. The sommelier Jacques quickly became our new best friend; he selected a medium body red wine from St. Joseph region of Cotes du Rhone and treated us to a grassy, herbal, chartreuse digestif made by monks just 100 kilometers away. At the same time, the waitstaff played an organ grinder for my birthday and I received the cake of cakes atop, once again, Mr. Paul Bocuse.

In this meal, we felt the splendor, the exacting standards, the heightened levels of hospitality that is Paul Bocuse. And here we were, not in Paris, or Milan, or London, but Lyon. France’s second city, yet close enough to all of the farms that supply Restaurant Paul Bocuse with the meat, fish, vegetables that are honored every night. Here they did Chef Bocuse proud, and still they continue to. Because, he is, in fact, all around…